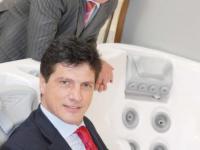 Birmingham accountancy firm Orbis Partners says it has has nursed an ailing spa manufacturer back to health in just over a year.

Now the business - which was in administration just before Christmas 2005 - has been sold on to Italian luxury bathroom business Teuco Guzzini.

The spa maker is Spaform UK, based in Portsmouth, which has been manufacturing hot tubs in the UK since the early 1980s.

Although the company is the largest spa maker in Europe, it ran out of money in December 2005, less than two years after a management buy-out.

The business was hours away from being liquidated when Orbis partner James Grenfell and Midlands industrialist Alex Toso stepped in to save the business and deliver a rescue plan.

The pair agreed a deal within three hours of seeing the business, which not only saved the jobs of the 70-strong workforce, but also transferred the debts owed to its existing funders, Venture Finance, to the new business.

The quick deal ensured that the production of Spaform's hot tubs would not be affected.

"The rescue strategy was based on moving away from selling hot tubs through independent UK Spaform-branded retailers to focusing instead on specialist retailers with their own distribution networks, and their own brand proposition," Mr Grenfell said.

"The European hot tub market has been growing at over 20 per cent each year and is supplied predominantly by numerous US manufacturers.

Teuco Guzzini has an established worldwide retail network distributing their upmarket bathroom products, such as showers, saunas and spas.

Established in 1912, the family-owned group with 1,800 employees turns over 350 million euros and is run by the several member of the fifth generation of the Guzzini family.

"Teuco was a partner which could get the best out of Spaform's manufacturing facilities, and leverage their own routes to the market," Mr Grenfell said.

Alex Tosa said: "The sale guarantees the future of the business and its staff, and creates a platform for growth."

The deal has repaid all of the funding for Venture Finance and generated a capital gain of more than £2.5 million, or eight times investment, for private investors.