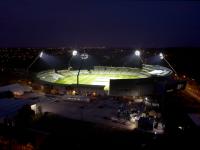 Three years after Midlands based Abacus Lighting was purchased out of administration in a rescue deal led by Intrinsic Equity, the investment vehicle of Orbis Partners, the business has posted a strong set of results for its third year of full trading.

Founded 58 years ago, Abacus Lighting is one of the leading providers of lighting solutions to the rail, sport and infrastructure markets in the UK and overseas. Abacus’ iconic local projects include designs at Trent Bridge and Edgbaston Cricket Ground.

Under the leadership of Steve Lamb, the business has been restructured to close its subsidiary in Dubai, sell off its subsidiary in Shanghai, and reduce its costs base by over £2m. As a result of the developments, turnover has increased from £20.1m in 2015 to £21.2m in the year to 30 April 2016.  Underlying earnings before interest and depreciation was £2.5m and at year end the Mansfield-based group was free of external debt.

During the year Abacus has completed a strategic investment in AAA-Lux, a leading LED lighting company from the Netherlands, headquartered in Eindhoven. This investment has supported the growth of AAA-Lux and further strengthened Abacus' LED offering in the sports and large area lighting sector.  Through the research centre also based in Eindhoven, AAA-Lux has developed a range of high power LED floodlights that are controlled via touch screen, smart device, keypads and a variety of sensors.

Steve Lamb, Managing Director of Abacus Lighting said: "We are delighted to announce both a strong third-year performance and an increased focus on international markets which has shown a 40% growth this year.  We always look to innovate and advance our position in the exterior lighting market and have invested in both new products and sales resources during the year.”

James Grenfell, Principal at Intrinsic Equity commented: “Over the last three years we have worked hard to transform the underlying performance of the business and live up to the promises we made to suppliers, customers and employees. We continue to invest in both developing the existing team as well as introducing new skills to make the most of Abacus Lighting’s strong market position.  We move into our fourth year with our order book up by £2m and despite the challenge of Brexit, we see huge opportunities in overseas markets.”