ABACUS AWARDED FOR EXCELLENCE IN EXPORTS 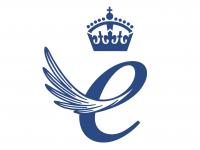 The Queen’s Awards for Enterprise have been operating in various forms since 1966, awarding businesses for outstanding achievements in International Trade, Innovation, Sustainable Development and Promoting Opportunity. Abacus has been recognised for excellence in exporting British made goods and services around the world.

Her Majesty The Queen approves each submission, on the recommendation of The Prime Minister, following examination by an Advisory Committee composed of leading individuals from industry, commerce, trade unions and government. To be considered for the International Trade award, a company must demonstrate substantial and sustained increases in export earnings over three consecutive years, to a level which is outstanding for the products and services concerned, and for the size of the organisation. This is something that Abacus not only achieved, but it did so in a manner that positioned it clearly ahead of the competition.

Founded 58 years ago, Abacus Lighting is one of the leading providers of lighting solutions to the rail, sport and infrastructure markets in the UK and overseas. In July last year, the business announced strong results for its third year of full trading since being purchased out of administration in a rescue deal led by Intrinsic Equity. This award marks another milestone in the successful turnaround of the business.

James Grenfell, Principal at Intrinsic Equity commented: “We are proud of the efforts, focus and results that Steve Lamb and the Abacus team have delivered, and the Queen’s award for export formally recognises this achievement.”

A winners’ reception held by Her Majesty The Queen and the Duke of Edinburgh will take place later this year at Buckingham Palace. There will also be a presentation ceremony at Abacus in which The Queen’s representative will formally award a crystal chalice and scroll.